Simone Drescher was born in Herdecke and was still studying with Gotthard Popp at the Robert Schumann Conservatory in Düsseldorf when she was awarded a scholarship by the Studienstiftung des deutschen Volkes (German Academic Scholarship Foundation). She received her diploma from the University of Music Franz Liszt Weimar, where she studied with Wolfgang Emanuel Schmidt, before enrolling at the Hanns Eisler School of Music in Berlin, where she studied under Troels Svane and completed her master’s degree. Her final concert, which would have led to her concert diploma, was scheduled for April 2020 but the event had to be postponed until 2021 on account of the coronavirus pandemic. She would have appeared as a soloist with the Berlin Konzerthaus Orchestra in the Berlin Konzerthaus.

During her studies, Simone Drescher also received valuable advice and encouragement from masterclasses with Wolfgang Boettcher, David Geringas, Natalia Gutman, Jens Peter Maintz and Johannes Moser. She was also awarded a scholarship to attend the Orchestra Academy of the Staatskapelle Berlin under Daniel Barenboim.

Simone Drescher has received numerous awards, most recently a special prize at the International Grand Prix Emanuel Feuermann Competition in Berlin. The Deutscher Musikrat (German Music Council) invited her to appear both as a soloist and as a chamber recitalist in its series of concerts promoting young German artists, while the Werner Richard-Dr. Carl Dörken Foundation has sponsored her on a long-term basis, including concerts in its series “Best of NRW”. She was awarded a GWK Young Artist Award in 2012 and since then has been supported by the GWK-Gesellschaft für Westfälische Kulturarbeit. As a young musician she was repeatedly honoured by the Jugend musiziert Federal Competition not only as a violoncellist but also in its categories of flute and accordion. For several years she was involved in Yehudi Menuhin’s Live Music Now and is still concerned to bring music to people who are otherwise prevented from attending concerts. The recipient of a scholarship and of multiple awards from the Deutscher Musikinstrumentenfonds (German Musical Instruments Fund), Simone Drescher has had a violoncello placed at her disposal by the Deutsche Stiftung Musikleben (German Foundation for Musical Life) since 2014. Since 2017 the instrument in question has been a violoncello made by Giovanni Battista Grancino in Milan in around 1700.

Simone Drescher has given recitals and appeared as a soloist with a number of orchestras, including the Baden-Baden Philharmonie, the Karlovy Vary Symphony Orchestra, the Folkwang Chamber Orchestra in Essen and the Cologne Sinfonietta. As a chamber recitalist she has performed in the Berlin Philharmonie, the Berlin Konzerthaus, the Elbphilharmonie and the Laeiszhalle in Hamburg and the Beethoven-Haus in Bonn. Among the festivals where she has frequently been invited to appear are the Heidelberg Spring Festival, the Schleswig-Holstein Music Festival, the “Young Elite” series of the Mecklenburg-Vorpommern Festival, the Usedom Music Festival, the Norfolk Music Festival of Yale University in the United States of America, the Grafenegg Academy and the PODIUM European Music Festival in Esslingen (Germany) and Norway. Among the broadcasting companies with which she has recorded recitals are Deutschlandfunk, WDR West German Radio, Deutsche Welle, BR Bavarian Radio and NDR North German Radio.

Simone Drescher’s repertory includes not only the classics of the violoncello literature but also rarely performed pieces. She additionally commissions new works from promising young composers. 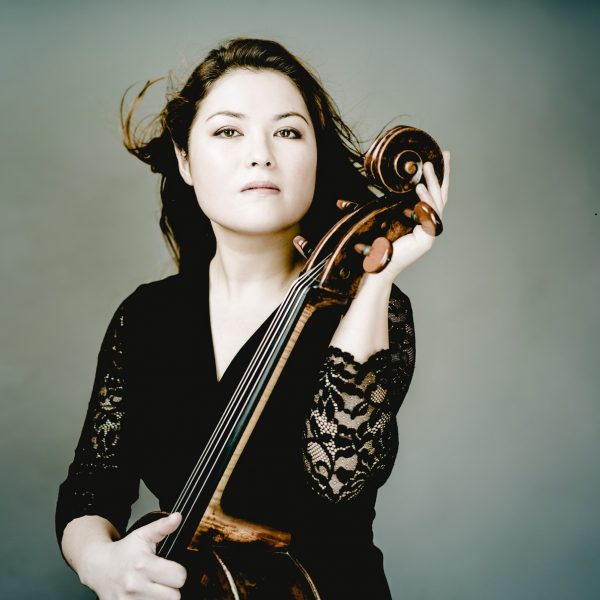